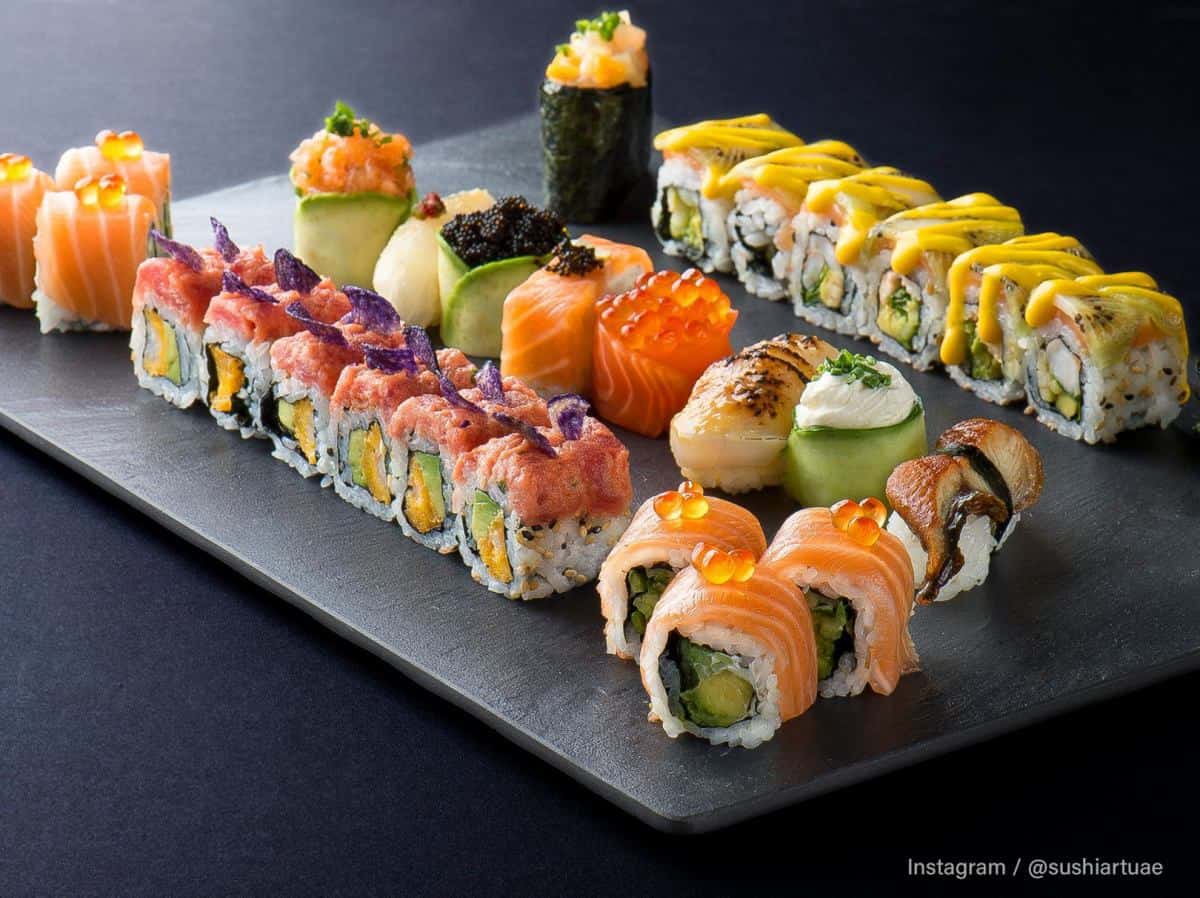 Sushi Art is the same brand as Sushi shop in France.

There are several branches in Dubai, however the best placed is the one located on the promenade called The Beach on the edge of one of the busiest and busiest public beaches in Dubai located within the Jumeirah Beach Residence area.

Sushi Art is a restaurant of Japanese gastronomy, you will find on the menu of course sushi, makis but also the house specialty which is the makis revisited by various starred chefs of French cuisine.

The restaurant is close to other equally popular restaurants in Dubai, such as the King of Cheesecake, Cheesecake Factory and the Chinese bistro PF Chang’s, ending with Eat Greek or Almaz by Momo.

Quiet but in a very lively neighbourhood